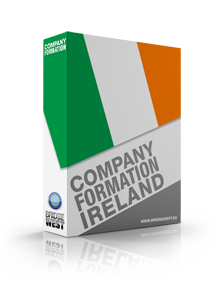 Copyrights and Patents in Ireland

The Irish legislation protects the creations of the mind, which can take the form of inventions or material such as plays, books, articles and so on, through a set or rules of law. Moreover, Ireland is a member-state of the World Intellectual Property Organization (WIPO), an international body established for the protection of various types of intellectual property. At the same time, the institution provides an international regulatory framework and can intervene in conflicts which can arise in the field. Our team of Irish company formation representatives can offer assistance on the legislation referring to the copyrights and patents in Ireland.

Copyrights in Ireland are protected by the Copyright and Related Rights Act, applicable on the national territory of the country starting with 1st of January 2001. One of the main objectives established by the Irish authorities refers to the alignment of the local copyrights laws with the European Union’s directives, as well as those of the WIPO or the Berne Convention.
A copyright in Ireland can refer to the following types of representations:
• literary, dramatic, musical and artistic works;
• films and recordings;
• broadcasts and programmes offered by televisions;
• computer programmes;
• databases.
The local legislation protects the creators of such works, which have full rights on their creations, but it is important to know that such rights can also be transferred.
Foreign investors who want to open a company in Ireland should know that in the situation in which one of the employees creates a work which can be protected by the copyright legislation, the owner of the copyright will be the employer. However, the ownership can also belong to the employee, as long as the two parties establish an agreement in this sense. Our team of Irish company formation agents can offer more details on this matter.

A patent in Ireland is one of the legal rights of the creator of an invention. Patents are obtained for a determined period of time for various types of inventions, regardless of their field or destination.
It is important to know that patents issued in Ireland are applicable only on the national territory of the state.
A patent is issued for a period of 10 years (applicable for smaller inventions that are not very complex) or 20 years (applicable for inventions are considered novelties).
Businessmen interested in receiving more details on the copyrights and patents legislation available in Ireland can contact our team of Irish company incorporation specialists.
Request Price
Request Call Back
Free Case Evaluation

Meet us in Dublin


Paul Sheridan is one of our company formation specialists. He can help you establish your company in Ireland fast and easy.

Call us now at +353 1 254 6150  to set up an appointment with our lawyers in Dublin, Ireland. Alternatively you can incorporate your company without traveling to Ireland. All our clients beneficiate from the joint expertize of local lawyers and international consultants.

- free and complete legal information featured on our site, at your disposal.